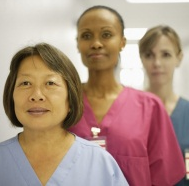 Exclusive: NHS organisations are to be forced to increase the representation of ethnic minorities in senior positions or face contractual and regulatory consequences, HSJ can reveal.

NHS England is due to announce proposals later today that will impose a new national workforce race equality standard on the NHS through the NHS standard contract from April next year.

The same standard will be expected of clinical commissioning groups and NHS England itself.

The Care Quality Commission, Monitor and the NHS Trust Development Authority will be asked to make “explicit” to providers that compliance with the new standard will be part of their assessment of whether organisations are well-led.

Under the proposal agreed by the NHS Equality Diversity Council, which is chaired by NHS England chief executive Simon Stevens, employers will need to demonstrate improvement across a range of metrics.

These will include a specific indicator to address low levels of representation on NHS trust boards of people from black and minority ethnic backgrounds.

Other measures on which trusts will be judged responses to questions on diversity from the NHS staff survey and on workforce metrics which include the recruitment of BME staff, access to non-mandatory training opportunities and the likelihood of BME staff being subject to disciplinary action.

The proposal document, agreed by the council at a meeting on Tuesday and obtained by HSJ, said: “NHS boards should be engaged and supported to make continual improvements, and allowed time to make the necessary change, with the clear expectation that failure to make progress will result in contractual / regulatory action.”

A working group set up in May to respond to concerns over BME representation accepted there was a risk the approach of contractual and regulatory pressure could be viewed as a “blunt performance management tool” but reporting back to the council the group said: “leaving the system to ‘put its house in order’ simply has not worked.”

A report by Middlesex University research fellow Roger Kline in April, called The Snowy White Peaks of the NHS, highlighted “glacial” change in the proportion of senior NHS positions held by people from BME backgrounds with barely any improvement in eight years.

Mr Kline said today: “This proposal to implement a new standard is exactly the kind of decisive action we need to drive improvements and address inequalities across the sector.

“This innovative approach could have an extremely powerful impact for staff and patients alike, and has the potential to change the face of the NHS.”

“Care is far more likely to meet the needs of all the patients we’re here to serve when NHS leadership is drawn from diverse communities across the country, and when all our frontline staff are themselves free from discrimination.”

The consultation will also include a proposal to make mandatory an existing equality toolkit for the NHS, called the Equality Delivery System 2. This aims to help organisations improve the services they provide for local communities and create better working environments for staff.