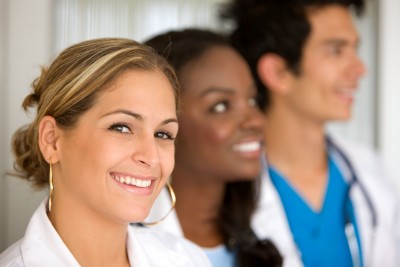 The NHS in accordance with the public sector Equality Duty of the Equality Act 2010 is required to have due regard to (i) the elimination of discrimination (ii) the promotion of equality of opportunity and (iii) the fostering of good relations between people from different ethnic groups. However, despite its legal obligation all the available evidence shows that BME equity in the NHS is far from a reality.

The Macpherson report published in February 1999, following an inquiry into the death of Stephen Lawrence on 22 April 1993, concluded that the investigation into the killing “had been marred by a combination of professional incompetence, institutional racism and a failure of leadership”. A total of 70 recommendations designed to show zero tolerance for racism in society were made.

The Race Relations Act 1976 was amended to give rise to the Race Relations Amendment Act 2000 and with that a call for public bodies to address the institutional racism that exists. In 2004 the then NHS Chief Executive Sir Nigel Crisp (now Lord Crisp) published his Ten Point Race Equality Plan and announced that the NHS and the then Department of Health (DH) would give greater prominence to race equality and as such strive to reduce health inequalities; making race an important dimension of health strategy and target recruitment and development opportunities at BME people in recognition that their skills are often underused. At the same time the DH produced guidelines for the establishment of local BME Networks in every NHS organisations to assist organisations to deliver on their statutory obligations.

It was on 24 September 2004 that the BME Network in Brighton was launched and was privileged to have Lord Crisp together with Baroness Lawrence and others attend.In 2007 the local BME Network led on the establishment of a regional Network the South East Coast BME Network and its Chair, Dr Vivienne Lyfar-Cissé, undertook the first race equality review in the NHS the South East Coast Race Equality Review published in 2008 and covered exclusively by the Health Service Journal. All the subsequent race reviews reports since that time have shown that very little, if anything, has changed for BME people as staff and patients of the NHS. The Regional Network then led on the establishment of the national Network, the NHS BME Network, in 2010.

It is a fact that the NHS has been in denial about the institutional racism that exists for decades.Sadly, it has taken the disproportionate deaths of BME people as a result of COVID-19 to finally expose the racism in the NHS which has blighted the lives of BME people (staff and patients) for decades. However, it is also evident that real change will only happen with a large-scale dismantling of the advantage, privilege and structural inequality that currently exists. It is also evident that BME people as the beneficiaries of the race equality duty will need to ‘stand up’ and be counted. As such the NHS BME Network will champion the BME and be the ‘independent and effective voice’ for BME people that it was established to be.