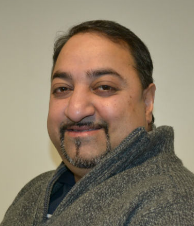 Kirit is a currently board member for Voice 4 Change England a national voice for BME voluntary and community organisations.

Kirit has worked as the Executive Director of Derby Racial Equality Council providing services towards the elimination of racial discrimination and the promotion of equality of opportunity and in his role chaired and was founder of Derby Community Health Equality Panel to assess NHS Trusts in Derbyshire on their Equality Delivery System, Derby BME Network and now has developed Derby Diverse Patients and Communities Health Network to empower diverse patients to get equitable services.

Kirit has developed the first UK BAME community first responder scheme in Leicester city and is working with East Midlands Ambulance Service to develop other schemes in Derby and Nottingham.